TRS Whole Cloves 800gProduct Description: TRS Cloves are grown and natured to give the finest flavour. Mainly used to flavour pulav rice, and an important ingredient in the mixture of garam masala. Add a clove or two in home made applie pie to get a delicious flavour. To retain freshness and flavour store in an airtight container,in a cool dry place. Guarantee: We take great care to ensure that Trs products reach you in perfect condition. In case of complaint, please return pack and contents, stating where and when purchased. We will gladly replace and refund postage. Your statutory rights are unaffected. Storage: To retain freshness and flavor store in an airtight container, in a cool dry place. Specially packed for TRS Wholesale co.ltd. Southall, Middlesex. England,UB2 4AX, Records of cloves being used in history goback as far as the 3rd Century B.C., when a Chinese leader ordered the people to address him only after they had chewed on cloves to freshen their breath. Originally, cloves only grew in the Spice Islands (now known as the Maluku Islands), but now they are grown all over the world. Cloves are often stuck in an orange and used as pomander – an aromatic ball to perfume a small room, cupboard or wardrobe. These buds are used in the meat and rice dishes in the Indian cuisine. They are also used in some of the vegetarian dishes as well.It is the fourth most expensive spice around the globe. Storage of Clove Available throughout the year, cloves are available in both powdered and bud forms. Since most of the Indian cuisine uses the whole buds of cloves, you should stock up on good quality buds which are not broken off, and are complete with the stem and sepals. Store the cloves in a cool, dry and dark place. It can retain its flavour for a long time. Health Benefits of Clove Clove includes a high percentage (72% to 90%) of the compound Eugenol, which is commonly used as ananaesthetic and antiseptic. An important part of aromatherapy, clove oil is used to ease digestive problems. Cloves are reported to aid in controlling lung cancer in its early stages. Regular consumption of cloves boosts the immune system, and helps preserve the bone density. Cloves are often ingested for oral diseases, specifically gum problems. They are also used as a major ingredient in some mouth washes. In traditional medicine, a paste of cloves and rock salt added to milk was the antidote prescribed for headaches. In the United States, cloves are used in root canal therapy. 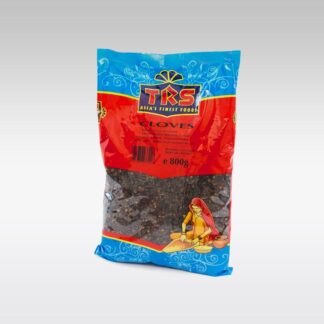